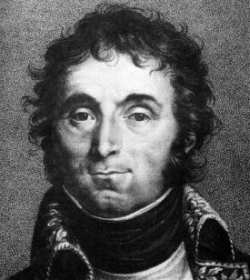 This is the story of the second of three French occupations of Trieste.

In April 1805 an Anglo-Swedish agreement leads to the creation of the Third Coalition against France.

Napoleon understands very well the situation and plans a decisive strike in the heart of continental Europe. The coalition forces, mainly Austrian and Russian, are divided in two main fronts. The Grande Armée is then split between Germany, led by Napoleon himself, and Italy, under the command of General Masséna.

The French army is moving to Moravia ... towards Austerliz (today Slavkov u Brna, Czec Republic). In view of the inevitable clash in the North, the Austrian archduke Carl is called for help with his troops, dismantling and withdrawing most of the defense from the Adriatic area. On 17 and 18 November 1805 the Austrian troops and the Governor Count Sigismondo de Lovacz leave Trieste ... and the day after the French army of Masséna enters the town, under the command of General Jean-Baptiste Solignac.

The first request of Solignac after having occupied the city is a "contribution" of six millions livres tournoises (Golden Francs) and 20,000 rations for the troops. On the 2 December a provisional government is created with the presence of five city merchants (not nobles): Giorgio Pillepich, Ciriaco Catraro, Giovanni Plastarà, Antonio Vicco and Aron Vivante. The free port is confirmed and the trades remain free with all countries ... but England. 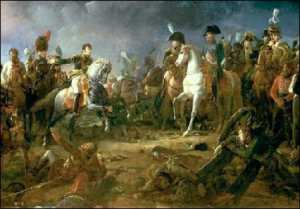 From Austerliz, the news of a heavy defeat of the coalition and the victory of Napoleon arrive in town ... together with the provisions of the armistice and the subsequent peace of Pressburg (today Bratislava). The Austrian holdings in Italy and Bavaria are ceded to France, Tyrol and Vorarlberg to Bavaria, and Venetia, Istria, and Dalmatia are incorporated in the Kingdom of Italy of which Napoleon had become king earlier that year.

Among all these exchanges ... Trieste is returned to Austria. The French army however continues its occupation of the city asking for more money. After lengthy negotiations (supported by a loan of three million Florints from Vienna) the French troops leave Trieste at the beginning of March 1806.

The commercial activity progressively recovers even though with certain limitations due to the Continental embargo against England and Ireland (the Austrian Empire is actually formally allied with Napoleon).