Gustav Adolf, the Fesch who started the "triestino" branch of the family, was born in Lahr (Baden) from Lukas, who in his turn had moved there from Basel, where the Fesches were (and still are) a very rich and influent family. It is not clear the reason why the family, in the arch of two generations, left a deeply established position in Switzerland to look for fortunes in other countries. We can only speculate that these places were very favourable marketplaces in the 18th and 19th centuries.

Lahr is located on the western edge of the Black Forest where the Schutter Valley merges into the Upper Rhine River Plains from the east. It not so far away from Brisgovia, the original birthplace of the family in the 15th century. Owing to an independency charter received in 1220 and renewed in 1377, Lahr was enjoying considerable tax privileges, allowing the city to grow a centre of trade during the 18th century.

Trieste was also a very favourable and fast growing marketplace, thanks to its status of Porto Franco (Free Port) and main harbour of the Austrian Empire. 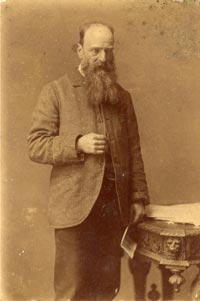 Another factor that possibly helps Gustav Adolf to move to Trieste was the affinity between the Fesch family and the Bonaparte, who had been very influent in town at the beginning of the 19th century (see the topic Casa Duma). The memory of the Cardinal Franz Joseph Fesch, uncle of Napoleon, is still relatively fresh.

Gustav Adolf arrives in Trieste at the age of 23 well furnished of monies ... and credentials. Few years later, in 1833 he becomes partner in a trade firm with Giuseppe Wessely, a highly respected and rich tradesman in town and gets married with his daughter Clarissa. In 1836 the firm Wessely & Fesch becomes shareholder of the recently founded "Assicurazioni Generali Austro Italiche" (today giant Generali Group) and Gustav Adolf is appointed member of the board and subsequently Director. During his short life he becomes member of the Stock Exchange and of the City Council. He dies at the age of 49 of smallpox epidemic fever.

He has three children.

Christian Adolf (Trieste, 1835) does not follow his mercantile and political path. He studies engineering in Karlsruhe, works for a period in the steel factories of Seraing (Belgium), then in the flourishing shipyard "Strudthoff" in Trieste, finally emigrating to London at the age of 35 where he gets married with Anne Lovering, the daughter of a protestant pastor. In London he gets the British citizenship and does not seem to have ever come back to Trieste. He dies in London in 1906, at the age of 71. 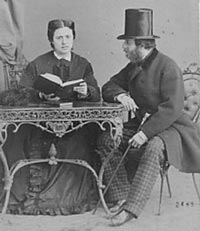 Emil Eduard (Trieste, 1836) becomes a tradesman and a political personality in Trieste. 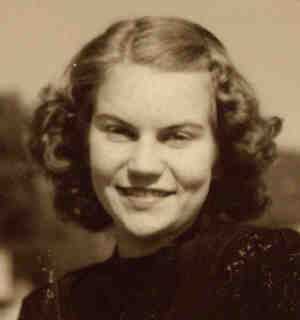 The family however continues elsewhere. Mostly in the original Switzerland, but also in Austria, Germany, Belgium, Canada and United States.